Save big when you purchase storage drives or memory! Until December 31st, save 2% on each individual hard drive/solid state drive or memory purchased!

Using part numbers to search for products makes it easier to find the exact server part you are looking for vs using broad and general terms such as searching for “2.4TB hard drive” or “HPE 32GB Memory”. Having the ability to easily search for crucial server hardware by using a part number saves time procuring your mission-critical server parts. Saving time is crucial for server infrastructure, especially enterprise infrastructure that needs to be up and running at all times with little to no interruption or when you need to replace a faulty drive.

Every product such as hard drives, server memory, and server processor kits usually have two to four different part numbers. For instance, the “652605-B21” is the same product as the “653950-001” and searching for either part number on our website will return both part numbers. The two-part numbers are the same exact product, which is a 146 Gigabyte, 15K SAS hard drive.

When you perform broad searches for server parts such as searching for “HPE 32GB Memory”, you will be met with hundreds of results, whereas if you search using a specific part number, you will be met with 1 or 2 results. Take for example the   P00924-B21, if you take a look at the specs, you will see it is an HPE 32GB DDR4 CL21 RDIMM memory module. If you were to search for “HPE 32GB DDR4 CL21 RDIMM Memory”, your search query will return at least 30 products, most of which might not be compatible with your server configuration. However! When you search for the “P00924-B21”, you will be met with two results, both of which are the same, just listed under different part numbers. 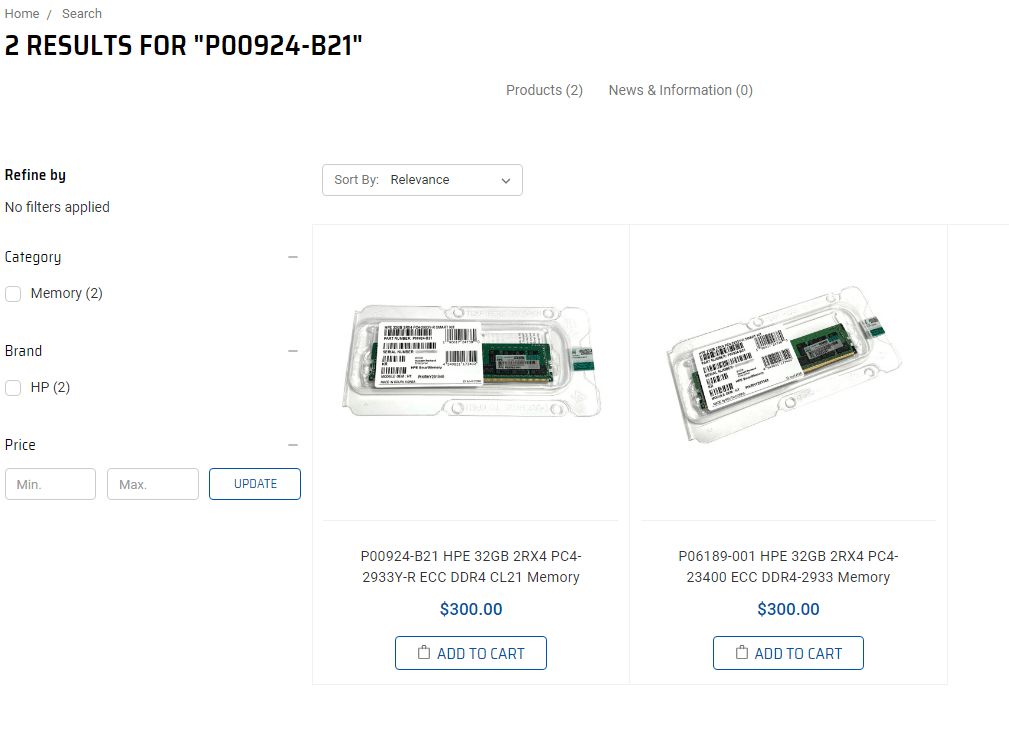 Here is another example. Let's say you want to purchase the HPE 2.4TB hard drive that comes with an HPE SmartCarrier tray. If you were to type “HPE 2.4TB  hard drive” on our website, your search query will return multiple server hard drives that fit these specs, but might not be compatible with your server due to having incompatible firmware. Instead of searching for the “HPE 2.4TB 12G SAS hard drive”, which might have incompatible firmware for your server, you would search for the “881507-001” which will instantly return the product with 100% accuracy. And if you take a look at the   881507-001, you will see that it does fit the description of an HPE server hard drive with 2.4TB of storage capacity, 12G data transfer rate and SAS-12G interface.

Where to find Part Numbers 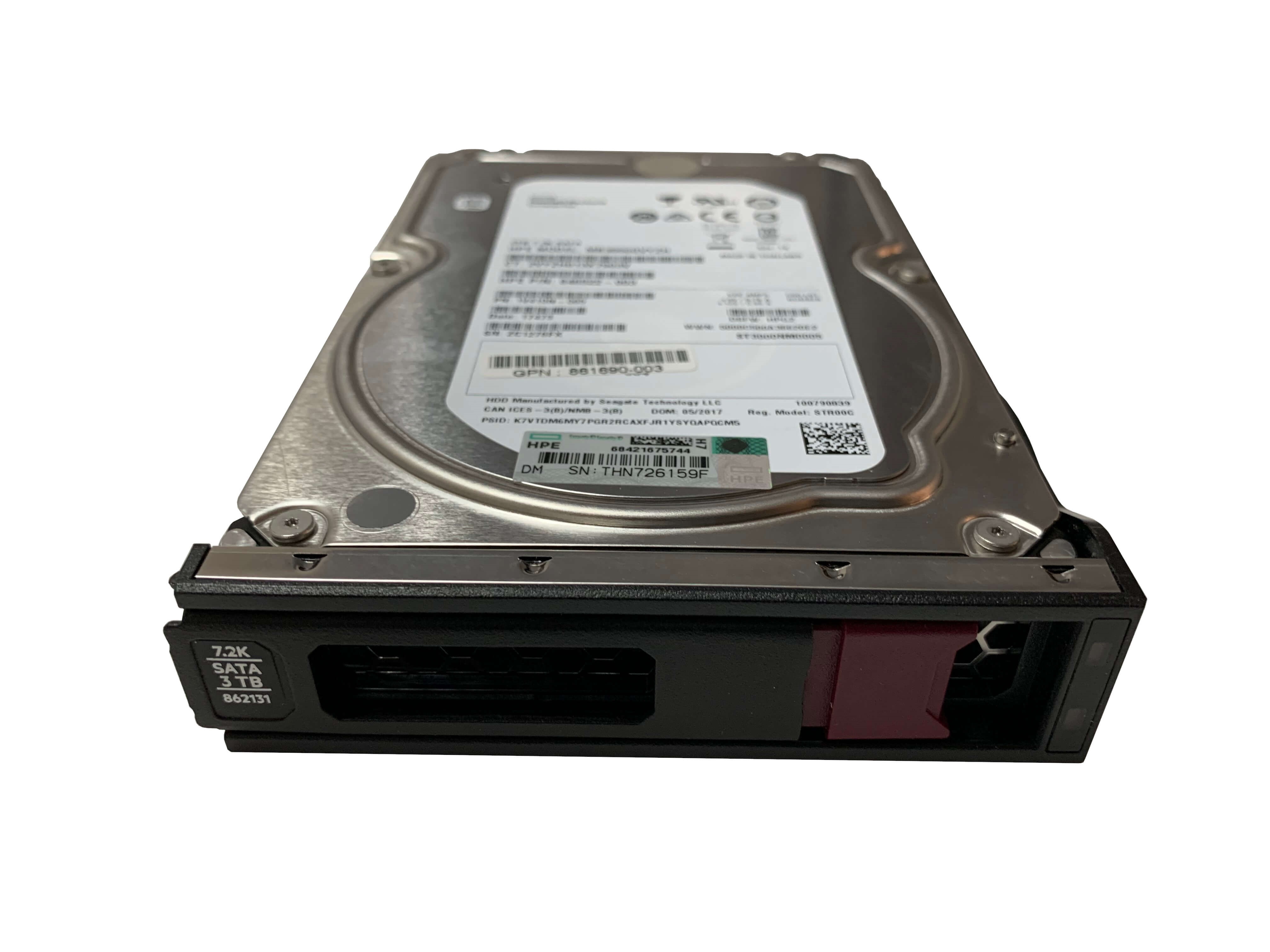 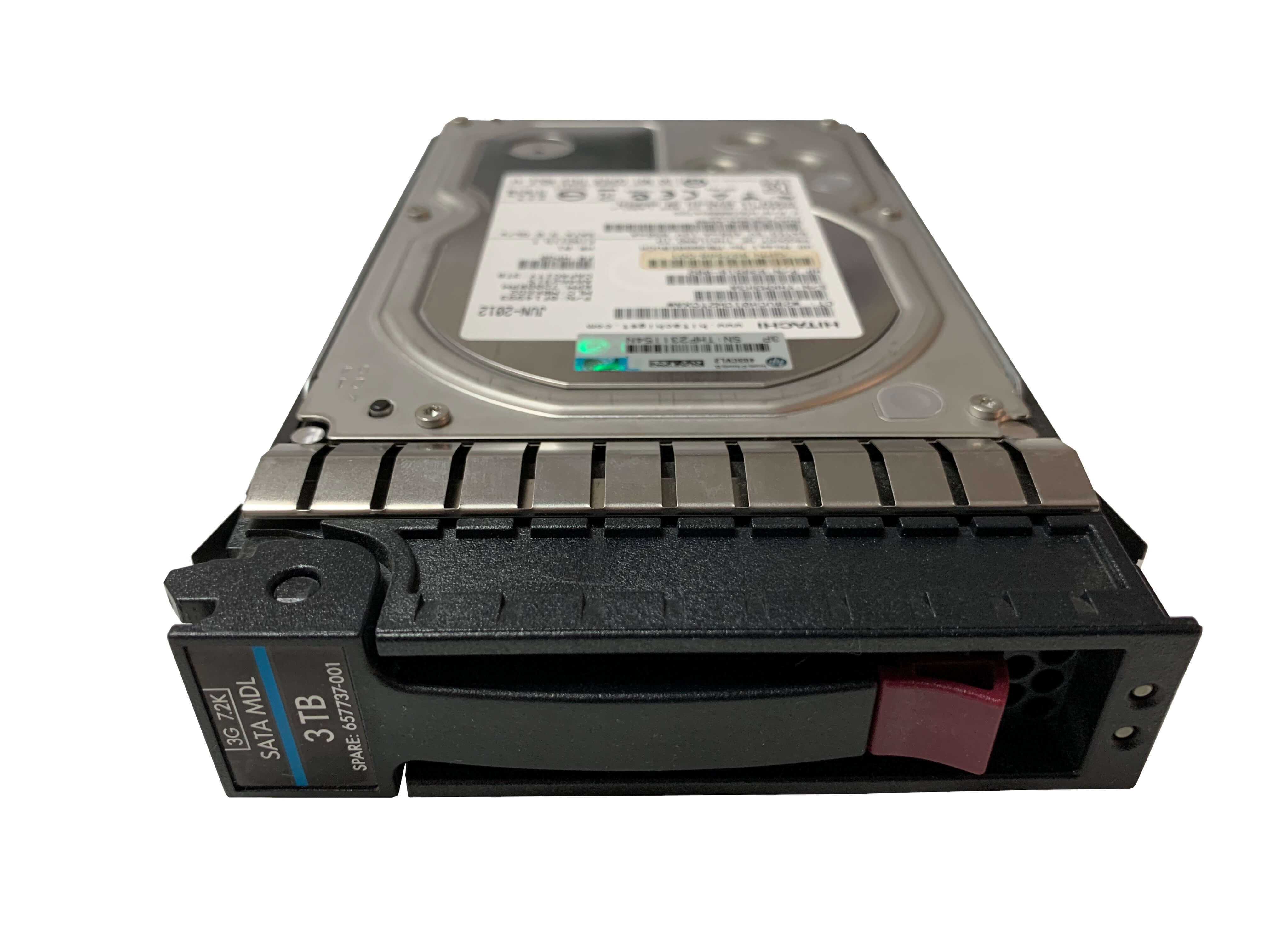 These part stickers often summarize the specs of the hard drive or solid-state drive, and by using the spare part number, you can easily search on our website to purchase the product or on HPE Part Surfer to see the product specifications of the drive. 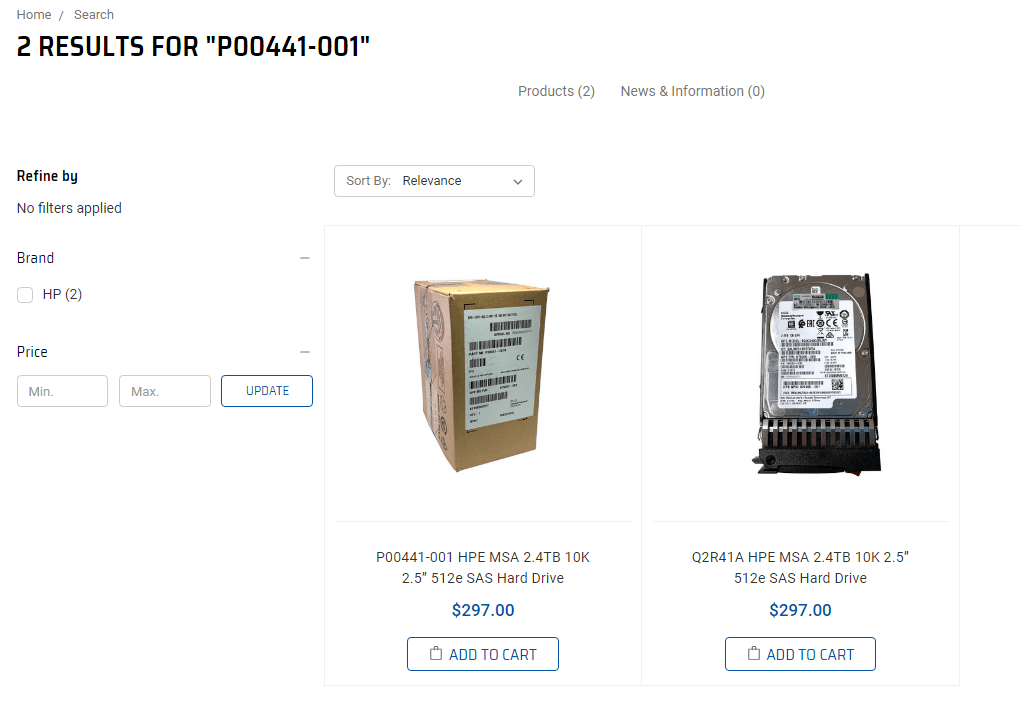 Searching for server hardware by using their respective part numbers, you will easily be able to find the product you are looking for. Whether it be a replacement for a faulty drive, or server hardware for a custom-built server, using part numbers for search queries saves you valuable time and prevents unnecessary hassle, when it comes to finding the correct fit for your server configuration.